Do you dream of moving abroad to Costa Rica? Living abroad can be intimidating…especially if you “have it all”. Learn more from Danny down below.

Daniel Levay (also known as Danny) is a 26-year-old from Washington D.C., United States. Danny lived a very busy and noisy life in the capital of the U.S before moving abroad to Costa Rica. He was constantly surrounded by people, buildings, and commotion. Before Danny decided to leave his life in the U.S . He had a full-time career, where he made good money. In the eyes of others’ “he had it all”, why would he ever leave?

Throughout Danny’s time abroad in Costa Rica he made numerous friends from all over the world. Many that he still keeps in touch with – how cool is that? That’s not the only highlight of his time here at Costa Rica TEFL. He states that he learned many new and interesting things while participating in the program. The key takeaways were how to be an impactful and effective teacher that knows how to lower the Affective Filter in class. Additionally, how to accommodate all the different ages and levels of the students and most importantly how to implement all learning styles in the class. Creating this atmosphere helped bring out the personalities of the students and created a comfortable learning environment where the students felt like they could be themselves. Danny’s quick-witted personality placed him in a job abroad in Punta Arenas, Costa Rica. Where he is currently thriving and living the Pura Vida lifestyle. 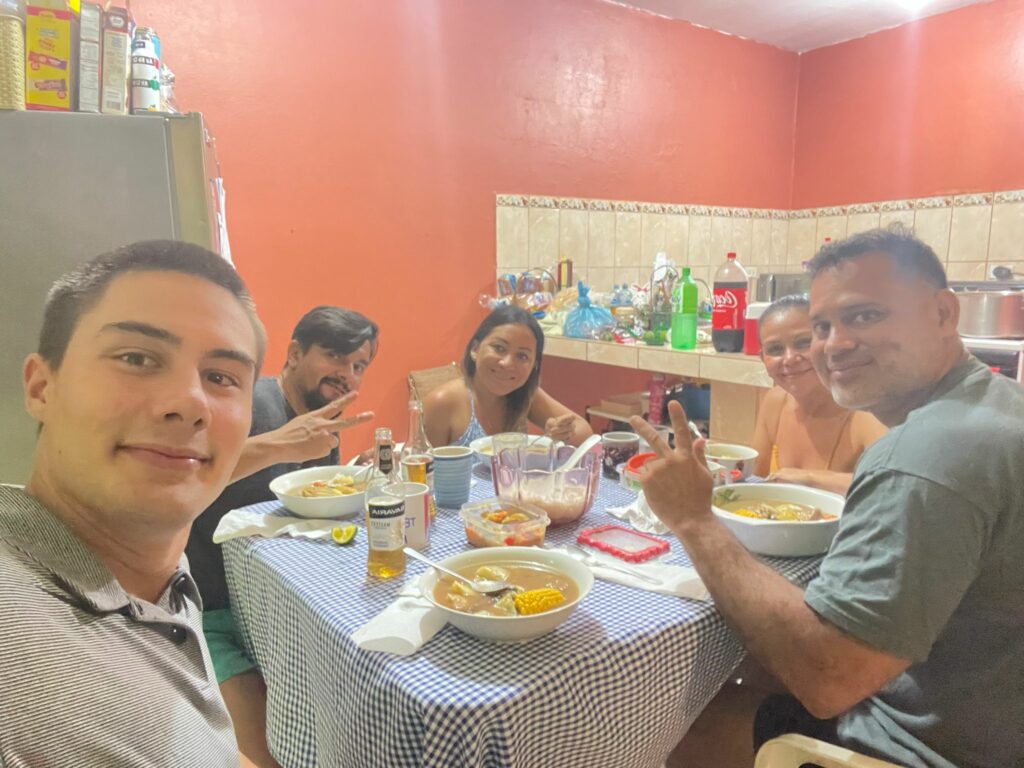 Danny has now been living abroad in Costa Rica for 5 months and has loved every minute of it. Especially now that he has turned away from the traditional “American dream” and is pursuing his own passions. His dream is to be in an occupation that he genuinely enjoys abroad. He states that his favorite part about being a teacher abroad is seeing the student’s reaction when they finally grasp a concept. “There is no better sensation than seeing the light bulb go off in one of your student’s heads”. What better reward is there than to know that you were a part of someone’s learning process?

Danny’s advice to those who are considering teaching abroad is “ to not let the initial shock of the culture steer you away from teaching.” He says that taking the leap to teach aboard was one of the best decisions he has ever made. If you are thinking about teaching abroad, just do it. Incredible adventures await you.